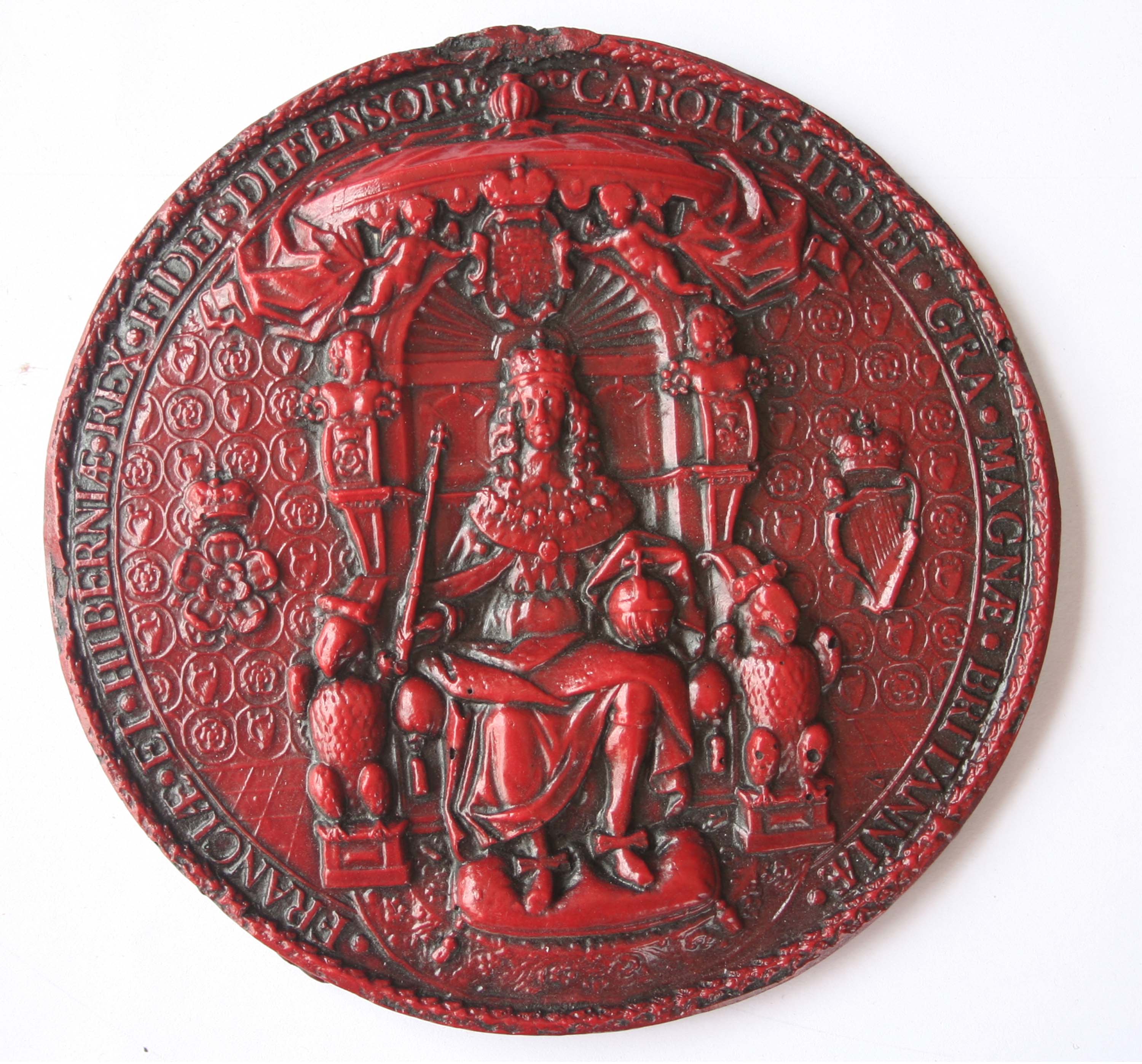 This is the great seal Of King Charles II of England.

Charles II was the son of Charles I, after the death of Oliver Cromwell and the collapse of the Protectorate Charles was asked to be King of England. The Monarchy was reformed and England ended the short republic state it had with the Cromwell’s. Charles was a popular and well liked King but somewhat of a weak leader in politics and foreign affaires. He had at least 13 mistresses including Nell Gwyn and had many illegitimate children but left no heir to the throne. The great fire of London and the great plaque both occurred during his reign.