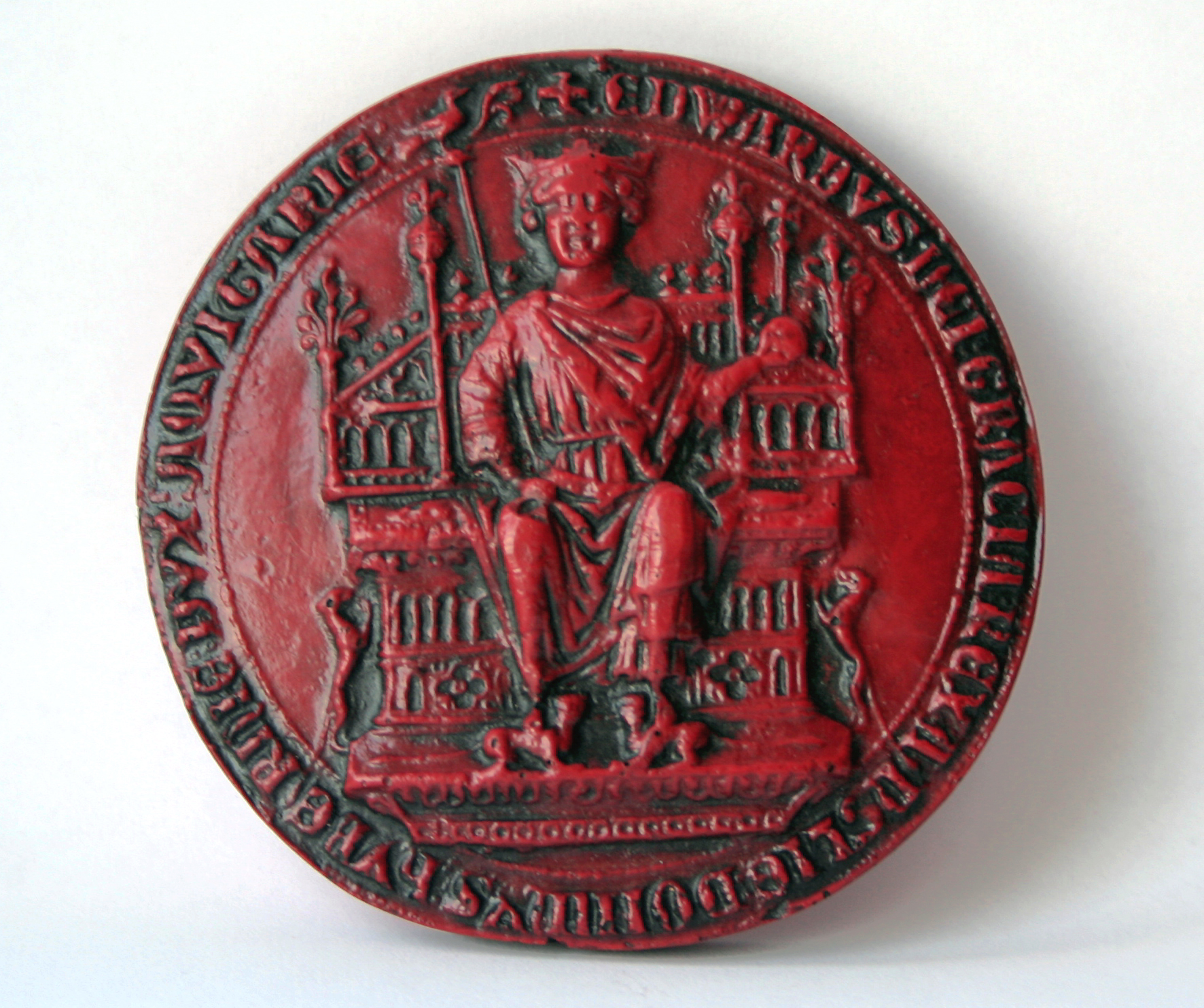 This is the great seal of King Edward I of England.

Edward I was a great and powerful king, known also as Edward Longshanks. He was a lawyer and soldier as well as being a statesman, he formed the model for parliament, bringing together both the Lords and Commons as well as the Knights, Clergy and Nobility. He defeated the welsh chieftains and made his son Prince of wales. Referred to sometimes as the Hammer of the Scots for his victories in Scotland, he brought back the Coronation Stone from Scone to Westminster. He died in 1307 on his way to fight Robert Bruce.