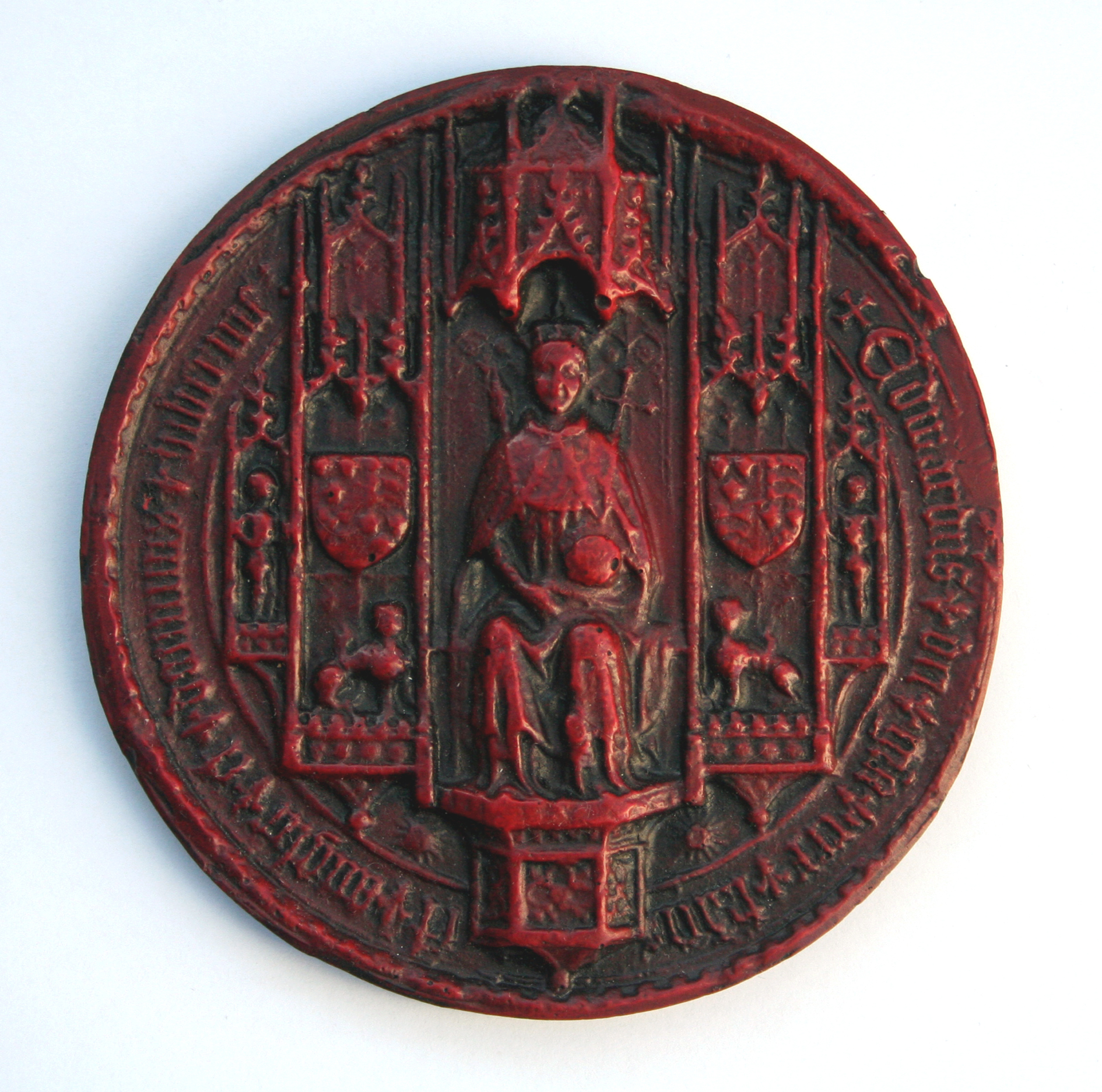 This is the 5th great seal of King Edward IV of England.

Edward was the son of Richard Duke of York. A King with poor morals and one that was quite unpopular and disliked even by his contemporaries. He was Married to Elizabeth Woodville often referred to as the White queen and suspected of practicing witchcraft. Edward was one of three brothers, he will be remembered for having his brother George Duke of Clarendon murdered in 1478 on a charge of treason, this was done by drowning him in a barrel of wine. Edward died suddenly in 1483 leaving his son Edward aged 12 to be the next in line to the thrown.