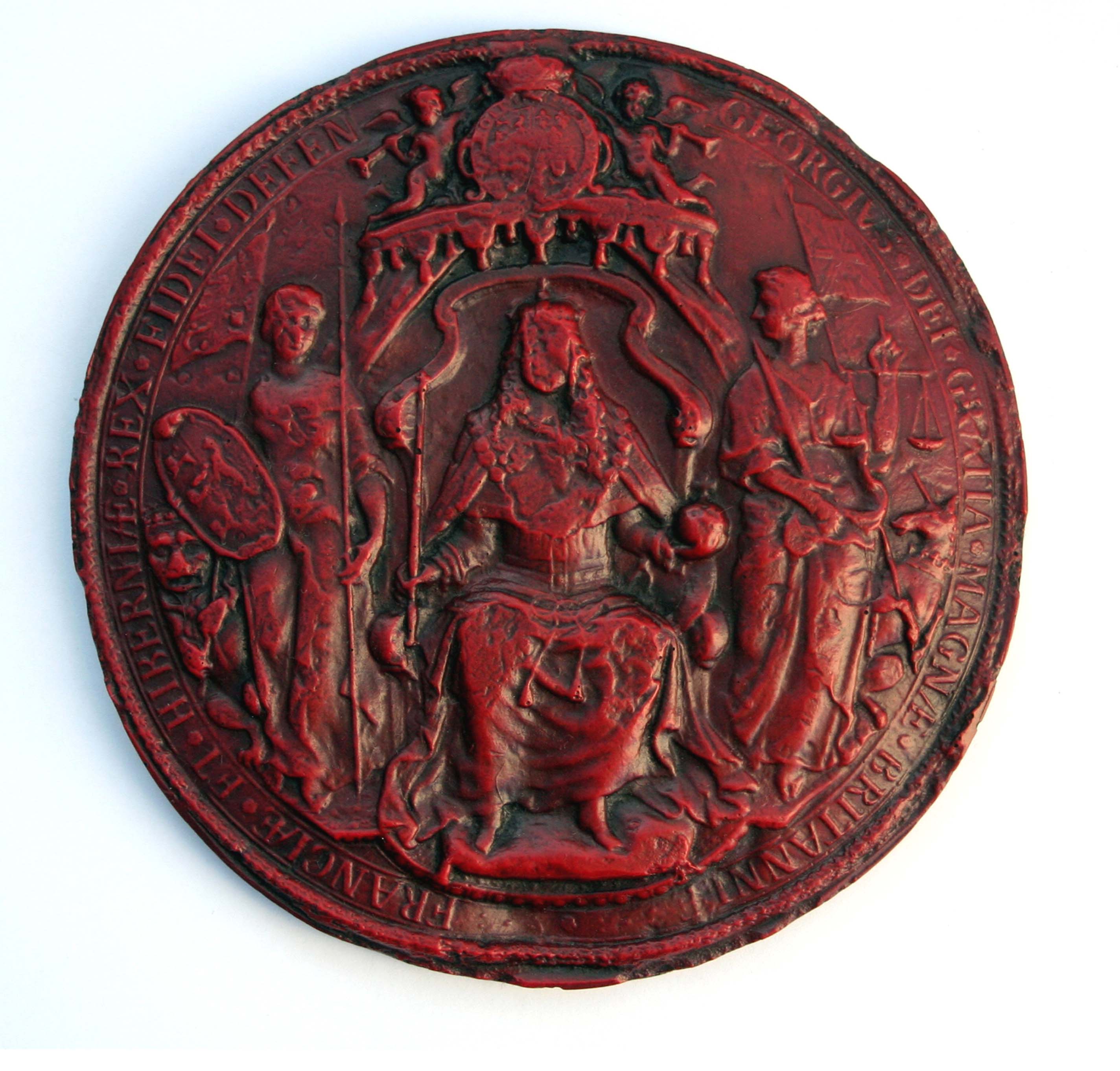 This is the great seal of King George I of England.

George was the son of Sophia who was the daughter of Elizabeth of Bohemia James I only daughter. He was the great grandson of James I. He was 54 years of age when he was handed the thrown, he arrived in England with 18 cooks and 2 mistresses, he spoke no English and never learned the language. Government policies were made by Sir Robert Walpole and he became Britain’s first Prime Minister. Not a popular or liked King and spent little time in England.