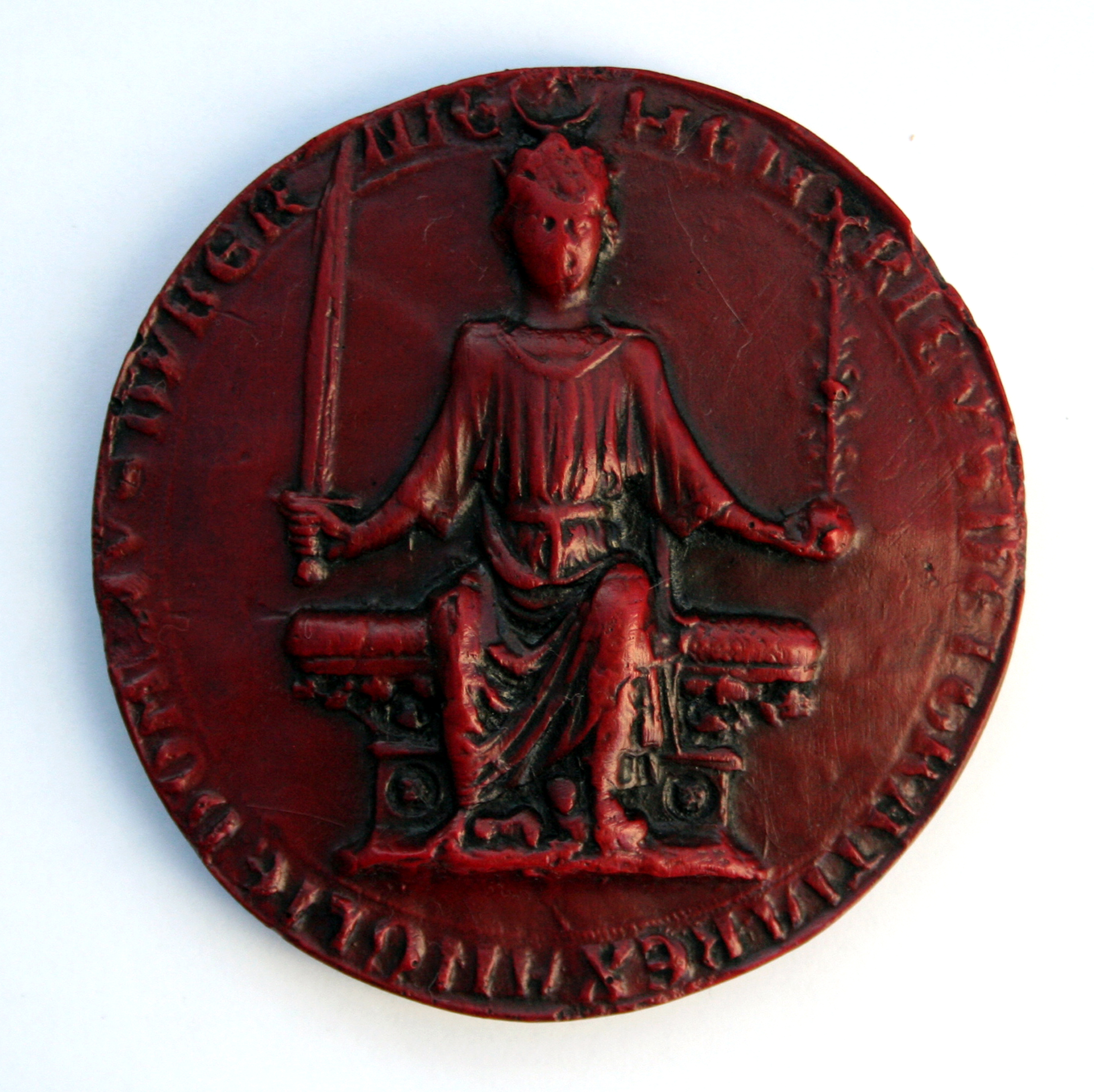 This is the 1st great seal of King Henry III of England.

Henry III came to the throne of England at the age of 9 years old. Brought up by priests he was a religious man devoted to the church. Generally a weak king who was easily influenced. In 1264 Henry was captured by Simon de Montford during the rebellion of barons and was forced to set up Parliament in Westminster, this was the start of the house of commons. He was a great patron of the arts and architecture and ordered the rebuilding of Westminster abbey in the Gothic Style.