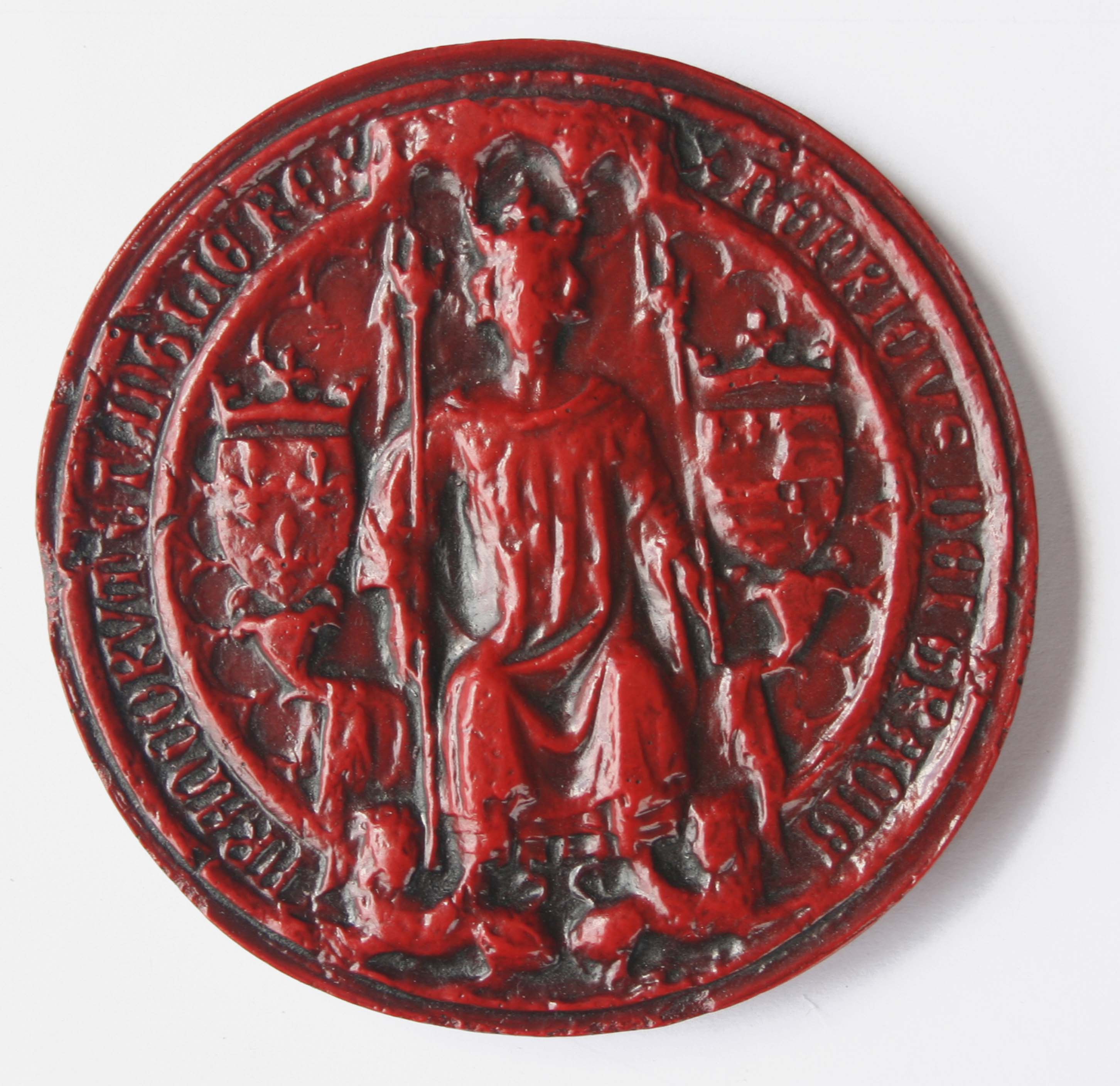 This is the 2nd great seal of King Henry VI of England.

Henry came to the throne as a baby after the death of his father Henry V. A gentle and retiring person he inherited a losing war with France which ended with England losing virtually all French lands except Calais in 1453. After suffering a bout of mental illness Richard Duke of York became protector of the realm. The house of York challenged his claim to the throne and England was thrown into civil war. The house of York won the battle of St. Albans and Henry was deposed. He was briefly restored in 1470. His son Edward was killed at the battle of Tewkesbury and the next day Henry was murdered in the tower of London in 1471. Henry founded both Eton and King’s college Cambridge.