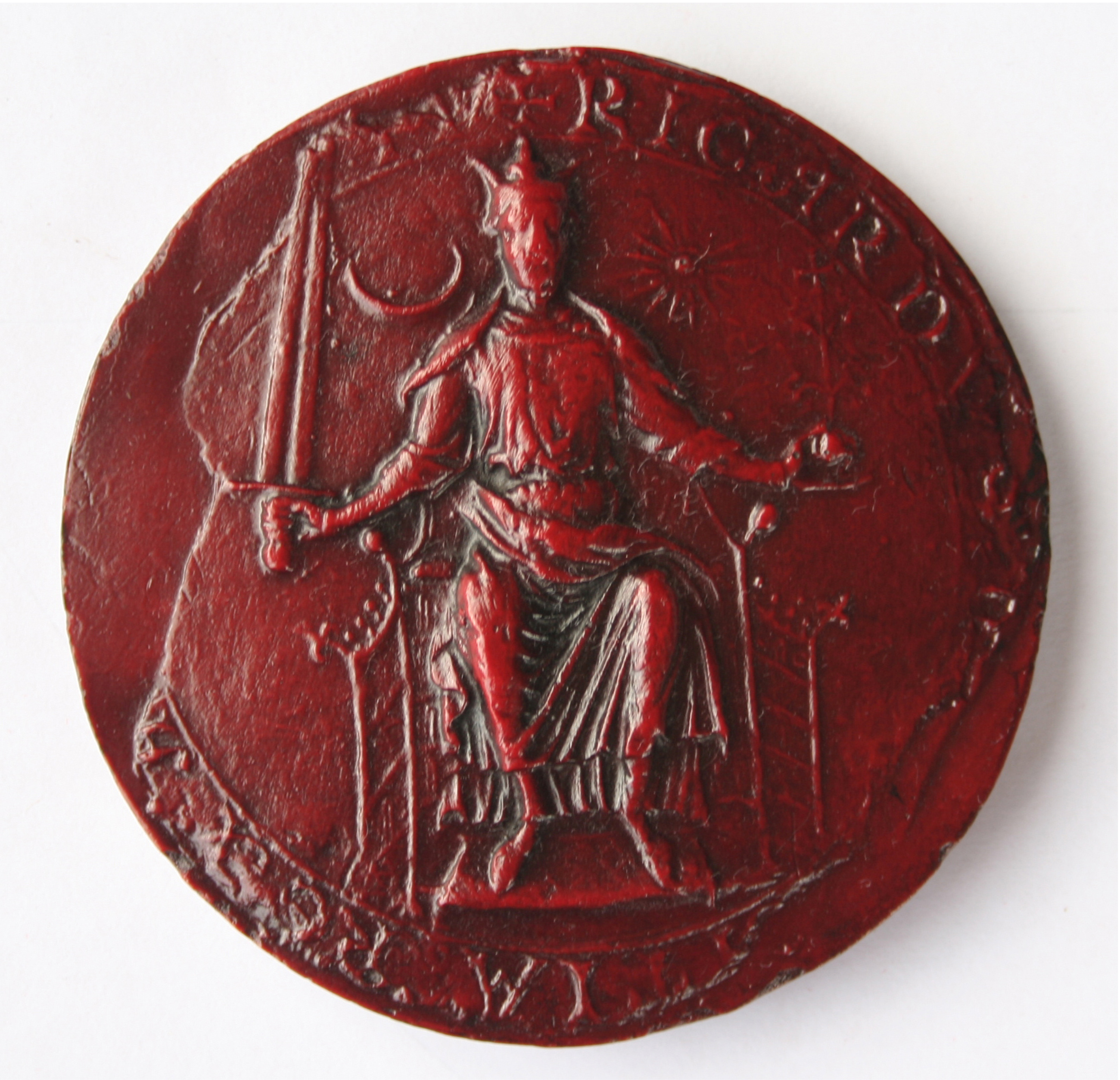 This is the 2nd great seal of King Richard I of England.

Richard I or better known as Richard the Lionheart. Richard was the 3rd son of Henry II, by the age of 16 he was leading an army and fighting in France. Richard spent all his time except for 6 months of his reign away from England. He used the countries revenue to fund his various military campaigns and ventures. He was the leading commander in the third Crusade, on his way back he was captured and held to ransom. The amount paid for his freedom virtually bankrupted the country. He died from a wound to the shoulder from a crossbow and died leaving no children.