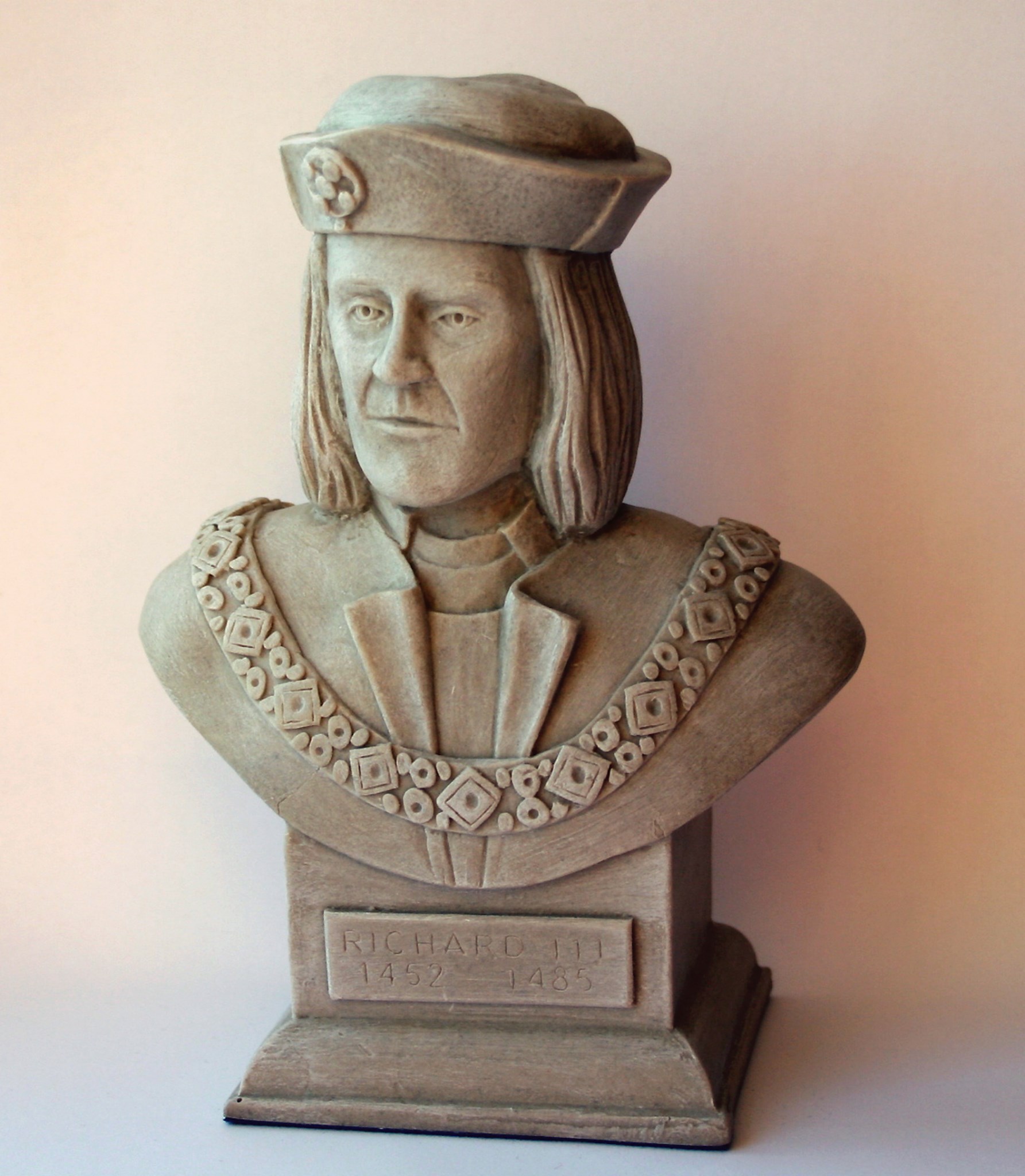 Sculpted by Nick Hunter this bust is the last Plantagenet king of England King Richard III. Made exclusively by ourselves at Oakapple designs this new design was inspired by the finding of Richard’s remains and the facial reproduction that was done from his skull. A wonderful carving and full credit given to our sculptor for a brilliant piece of modern work. A must for the Richard III enthusiast.

King Richard III.
King Richard III of England, 1452 – 1485 England’s last King from the House of York and of the Plantagenet dynasty.
This stunning new sculptured bust of Richard III has been produced for us by the highly acclaimed Artist & Sculptor Nick Hunter, and produced exclusively by ourselves here at Oakapple Designs Ltd in the UK.
The body of Richard was recently discovered underneath a car park in the City of Leicester and has consequently resumed the great interest in one of England’s most famous Kings. Killed at the Battle of Bosworth, Richard not only lost his life and the throne of England but the ability and chance to prove himself a great and worthy King of England. Mystery & myth still surround the legacy of this King but has more details emerge the truth will finally be unveiled.
This inspiration for the sculpture was taken from both the existing classical portrait paintings of Richard along with the new facial reconstruction done by Leicester University. This new portrait shows Richard in a new light with more facial accuracy but still with that expression of uncertainty and imposed responsibility.
This sculpture is a great piece of craftsmanship that will be admired by the loyal Ricardians and all those with an interest in one of England’s famous Kings.
Richard, we honour you.

There are no reviews yet.

Only logged in customers who have purchased this product may leave a review.