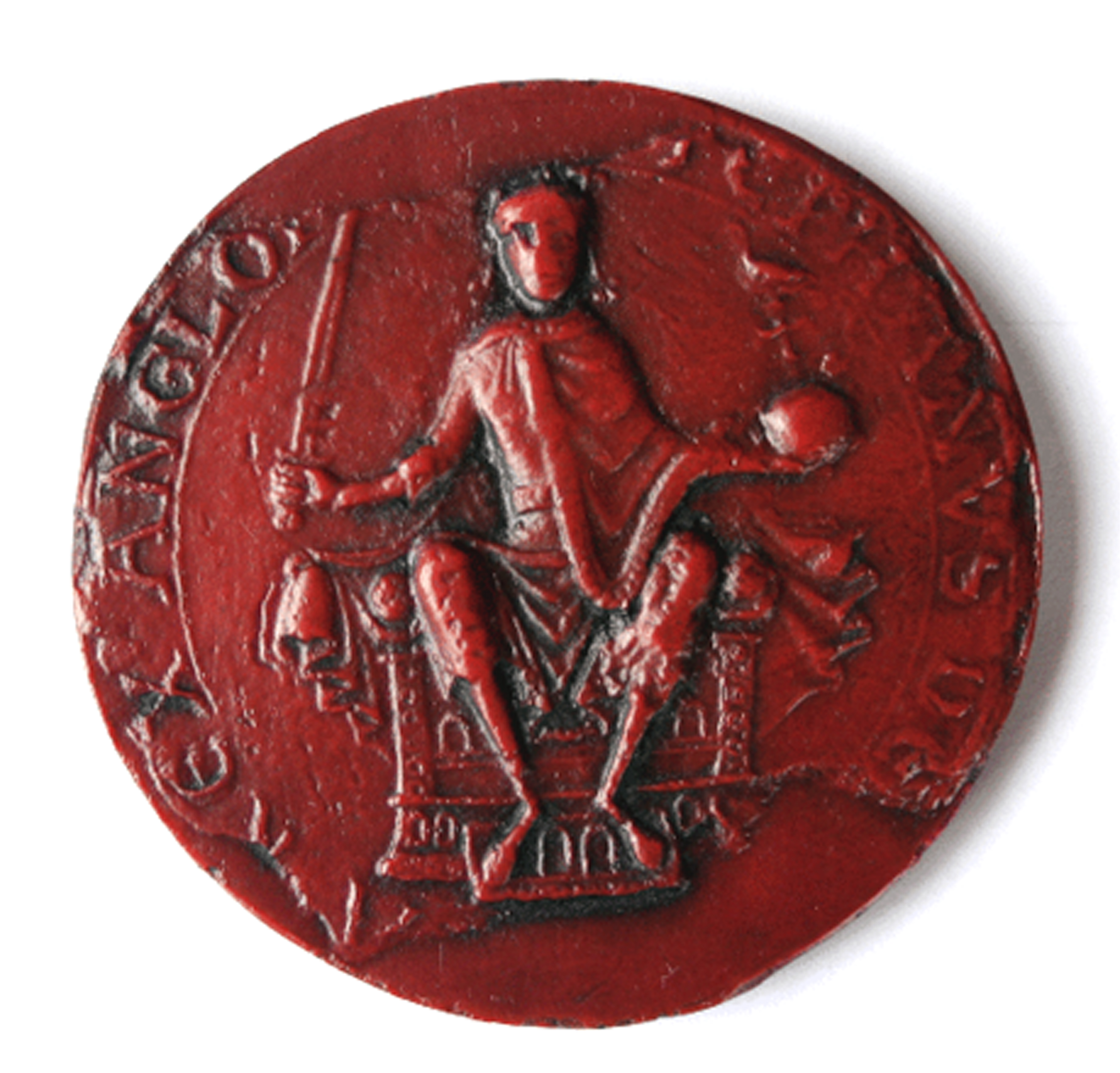 This is the 1st great seal of King Stephen of England.