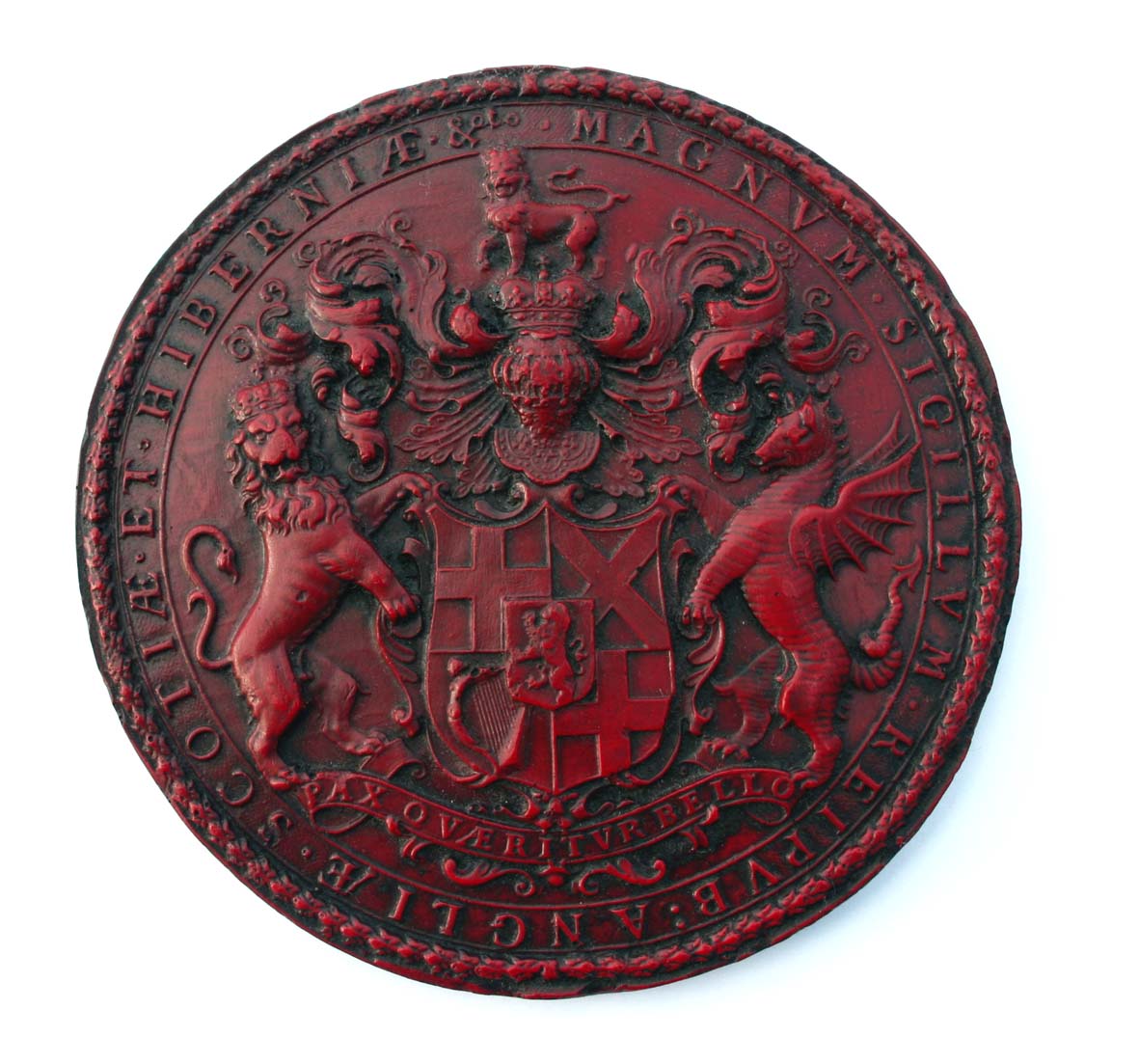 This is the great seal Of the Oliver Cromwell.

After Charles I was found guilty of treason and executed in 1649 England abolished the monarchy and was established as a republic known as the Commonwealth of England. It was lead by Oliver Cromwell the son of a small land owner. Oliver entered in to politics and joined parliament in 1629 taking active roles leading to the civil war. He was a strict puritan and led the New Model Army against the Royalists with a victory at Naseby in 1645. After negotiations failed to make constitutional changes with the government and Charles I Cromwell declared himself Lord Protector which was King in all but name. It was a dreadful period of time in England’s glories history and he will be remembered as that bastard Cromwell. After his death his head was removed and remains to this day pickled in a jar, just deserts.