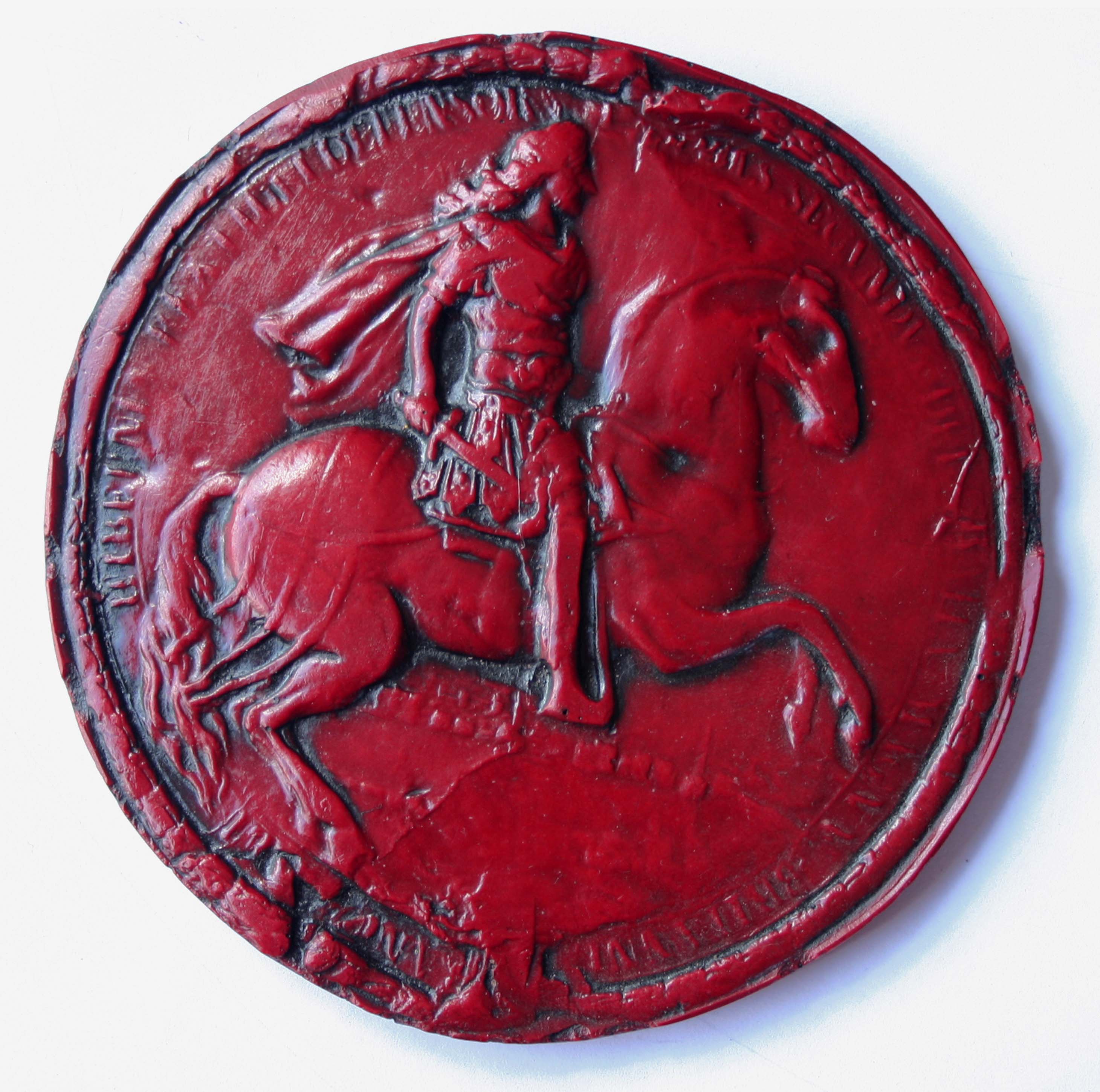 This is the great seal Of King James II of England.

James II was the second son of Charles I, he had been in exile during the civil war and served with both the French and Spanish Army. James was a catholic and his persecution of the protestant clergy made him very unpopular and hated by the public. His daughter Mary was brought up a Protestant and married William of Orange, after the Monmouth uprising and the Assizes of Judge Jefferies parliament asked William to take the throne. James fled to France and died in exile in 1701.