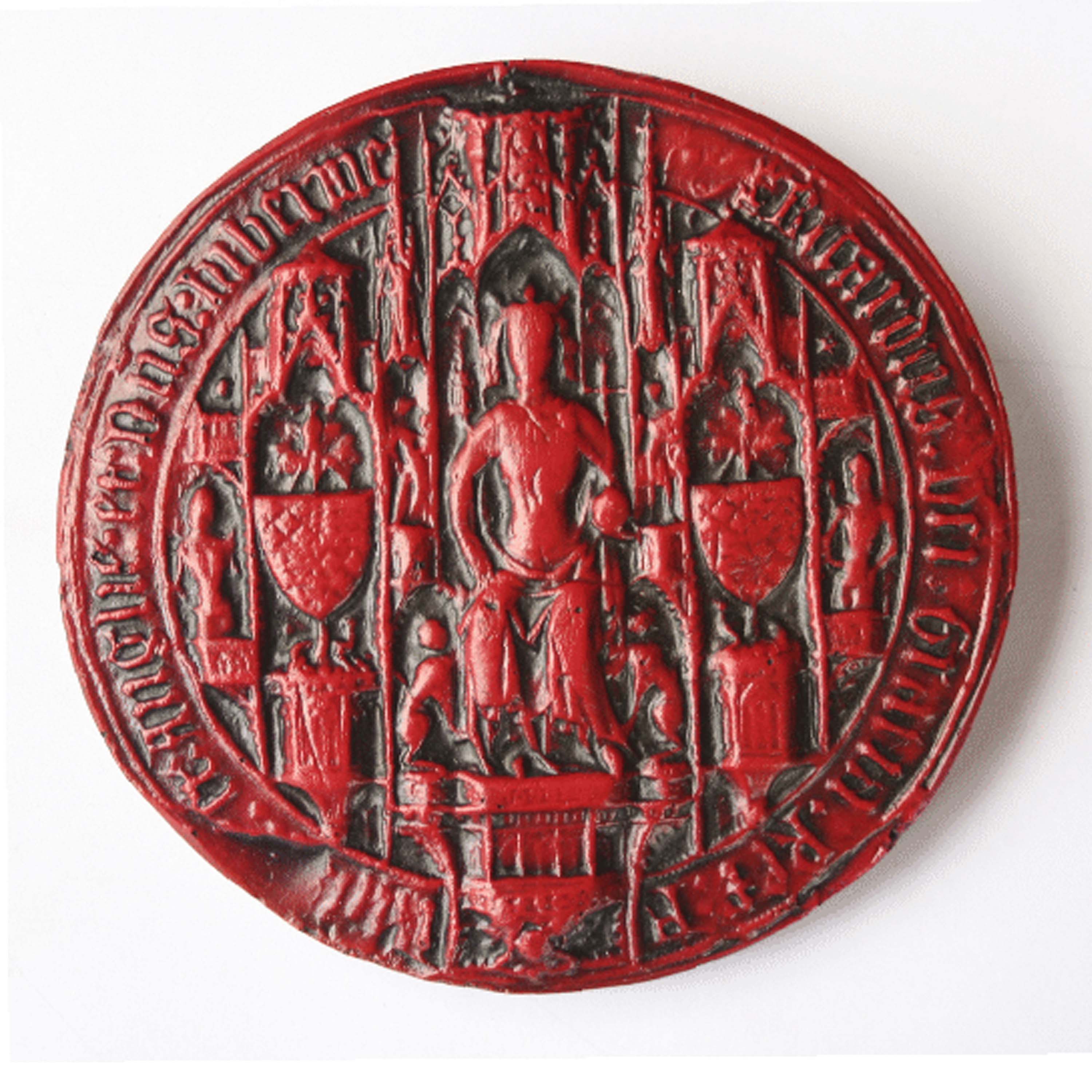 This is the great seal of King Richard II of England.

Richard was the son of the Black Prince and grandson of Edward III. A very unpopular king unjust, faithless and a tyrant were his traits. He ended the peasants revolt led by Wat Tyler in 1381 with great severity. When his fist wife Anne suddenly died this totally unbalanced Richard and his acts of revenge and tyranny made his subjects hate him even more. Henry of Lancaster deposed Richard and imprisoned him in Pontefract Castle were he was murdered in the year 1400.